This resourceÂ shares information about alternate reality games (ARGs) — the countries their players participate from, multi-lingual and non-English ARGs.Â This pageÂ is a compliment to the existing ARG Stats page. This resource provides stats about:

Commissioned by Belgium Public Television (VRT) to extend the Emma TV series. Many ingame sites listed here at Stew, where the player base was estimated at 75% female and under 20 years (perhaps exactly the same demographic as the Emma TV show) (Ewoud, 2007). Video of launch at Blogologie Source: Ewoud (2007) â€˜Emma elle lâ€™aâ€™, Stew, 24 April [Online] Available at: http://www.stew.be/2007/04/24/emma-elle-la/

BRAZIL
Brazil has perhaps the largest established non-English-language ARGÂ players due to the extensive media coverage and player-numbers of â€˜Zona Incertaâ€™. Like all ARGs however, there are usually only a fewÂ hard-core (ARG skilled) players. Brazil has many ARG playing groups in the main social networking site: Orkut. It also has an ARG wiki to summarise ARGs (and ARG-like games): www.argbrasil.net.

2084 (Instituto Purifica) 9 October 2006 â€“ January/ Janeiro 2007, MTV Brazil
The ARG began with advertisements of Purifica Institute on MTV with URL to www.institutopurifica.com.br. Players signed up for news & received game information & missions from the ingame listserv. Multiple player-created gameplay groups were created in Orkut. The game provoked a discussion about the democratization of the media and resulted in players creating own media site: Social Memory (www.memoriasocial.net). A sequel, ‘Teoria das Cordas’, was commissioned. 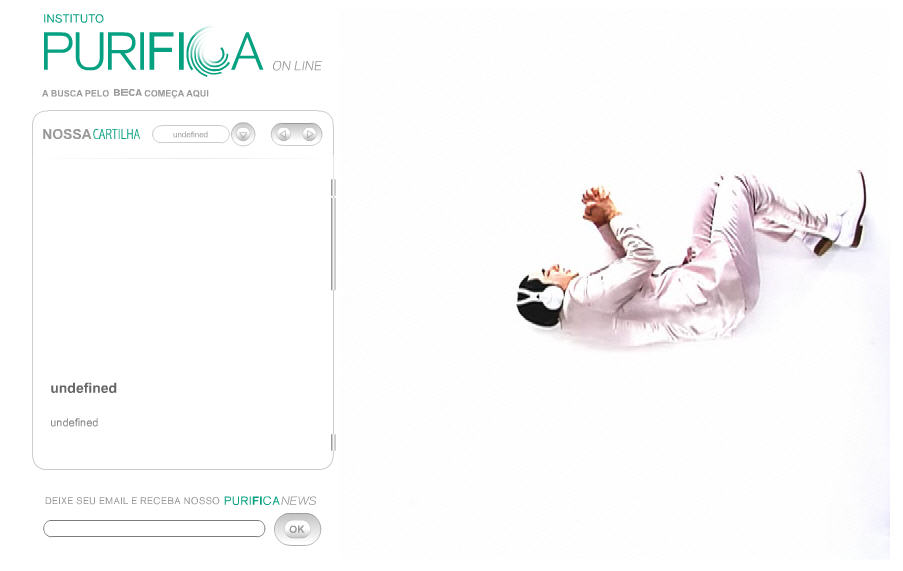 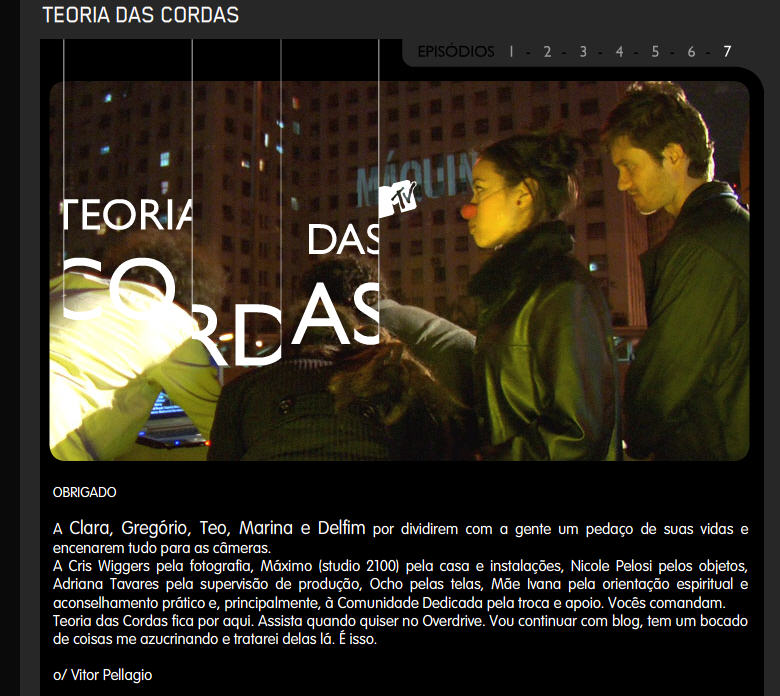 Zona Incerta (‘Uncertain Zone’) After the success of the mini-game created by Superinteresse, they commissioned a full-blown ARG, with sponsorship from GuaranÃ¡ AntÃ¡rtica. Pregame began in December/Dexembro 2006, the game began in January/ Janeiro and finished in May/Maio 2007). The main URL was www.zonaincerta.com. 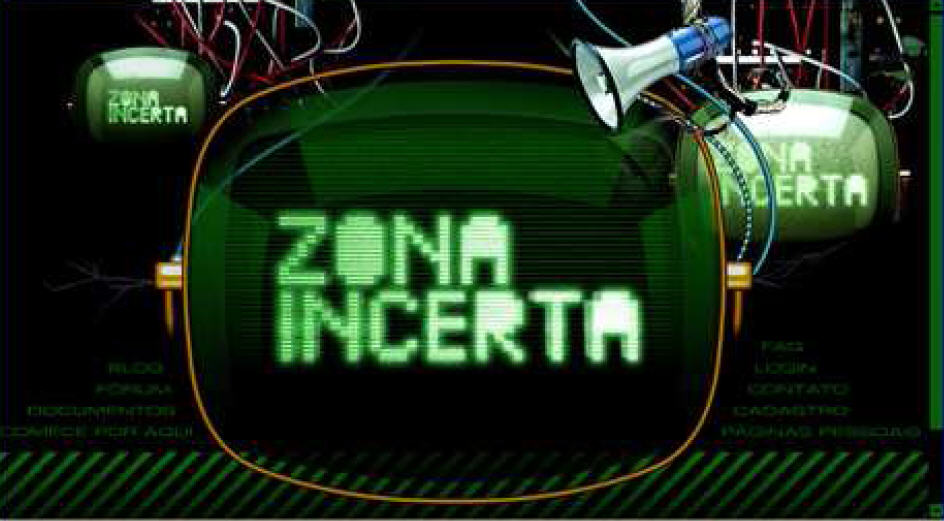 Basically the villains of our game were a company with a project to buy the Amazon rainforest and turn it into an area under private control, which of course has always been a delicate issue in Brazil. […] So we put a video out on YouTube – http://br.youtube.com/watch?v=LPrdeL2Lr98 – in which a fake CEO said the amazon doesn’t belong to any country etc. etc. The buzz was just OK in the first 2 months, so we didn’t expect much more of it… until the press found out about the video and forwarded it to the Senate. […] [O]ne of the most important senators in Brasilia made a speech alerting the people and the government against the menace of this multinational corporation that wanted to buy the amazon. I believe he even showed the video in the session. So the next day there were a few websites (including the senate’s) that ran stories on the subject. Among other things, they said the senate was trying to contact the company looking to start an inquiry. It wasn’t long until some journalists connected the dots and found out the company didn’t exist. That’s when it really exploded – after all, there are lots of companies that actually do want to buy the rainforest, but it’s not every day a powerful senator makes a speech about one that doesn’t really exist. So we made the cover of the country’s biggest newspaper. Suddenly the game was on every news channel and every major news website. […] So because of our sponsors we had to break TINAG and apologize to the senator, which was right I believe. Surprisingly, he was OK about the whole thing when he found out, he even made jokes about it. (Sirangelo, 2007)

Credits: â€œThe team was very small, the game staff had 9 hired people and some freelancers. Most of the website design and programming, puzzle design and video filming and editing was done by partner studios. Our main team was:

Engima Due to the lack of information about the extent of this project, I’m not sure if this is an ARG or not. ‘Enigma’ was created by Grafikonstruct to market the Nokia N95. It included a website for the fictional character ‘Mr. Zadeh Dubois’. It appeared to run for two months from September 13th 2007 to Dec 14th 2007.

Un Homme Mort Quebec, Canada (Language: Canadian French)
All information supplied by in a personal email from GeneviÃ¨ve Cardin (Cardin, 2008) who received the info from Canoe.

Online story on a website to augment a crime series, Un homme mort, that aired on TVA from February 26 to April 6, 2006. Viewers carried out investigations parallel to those seen in the televised episodes and gained access to the lives of the characters. It was aimed at engaging the television audience watching Un homme mort on TVA.

The website offered visitors real-time interaction through a specialized visual re-creation of the places featured in the Un homme mort television series. Nine locations, comprising 80 rooms, were re-created, as well as six complementary fictional locations, including that of a bank, a police station and a housing project. As the story unfolded on television, elements were added to each of these on-line locations so that players could perform parallel investigations. Although the clues and codes were hidden, players were steered in their direction and accumulated points as they discovered them. Player ranking was displayed on the site and updated regularly. At the end of the season, the person with the highest score won a prize, and then when the game was over, there was a draw for the grand prize.

The Rivard Project (Le Projet Rivard) Beg March – 15 May 2008
All of the following information is supplied by GeneviÃ¨ve Cardin (Cardin, 2008).

Online puzzle to solve + hints to find, real onsite elements to pickup that have been hide or were delivered by characters in: Austin and Dallas (TX) , MontrÃ©al (CAN), Paris and Marseille (FR) Gameplay, characters and storyline inspired from the movie The American Trap, based on the true story of Lucien Rivard, a wellknow frenchcanadian criminal related to the French Connection, Jack Ruby, New Orlean mafia, and was responsible of almost 75% of the heroin import in America during the 50â€² / 60â€². Players were recruted to be part of one of the 2 teams : Cosa Nostra + FBI, and were competing to retrieve an important folder including a testotimony related to JFK assassination, which as been lost for 40 years, involving the character Rose Cheramie. Main characters were interacting via email, blogs or website or a 1-888 line.

Can You Stop It
by canyoustopit

GERMANY
Although Brazil appears to have a larger player-base, Germany has had more ARGs and has a larger sophisticated hard-core ARG community. They have a dedicated site that provides announcements, during-game analysis, post-game reviews, gameplay forums and a wiki. This site, ARG Reporter (www.patmo.de), is run by Patrick MÃ¶ller, who has worked as a PM on the ARG commissioned by EMI Germany: Philip Retingshof. 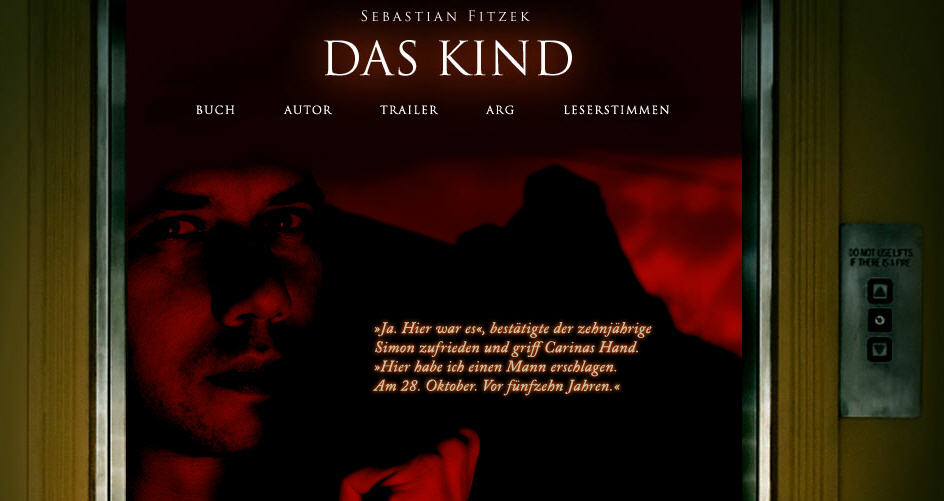 It is a short (5 week) prologue to the novel. Das Kind was featured in a short documentary about ARGs in Germany on Polylux, which describes clues being distributed in USBs found in Pizzas. The project won the 2008 Gold BuchMarkt Award for Marketing Communication at the Leipziger book fair. It was created by the VM People (Viral Marketing People: www.vm-people.de). 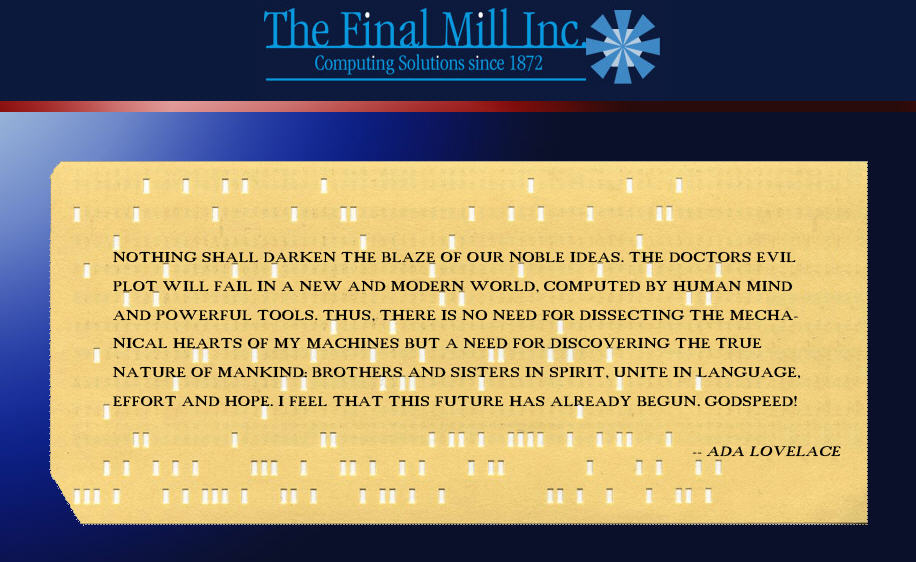 Fortuna (1 Jan â€“ 21 Feb 2007), grassroots This 8 week ARG is the first grassroots (independent) ARG created by Claudia Sperlich. There were six websites, with other media unknown so far. 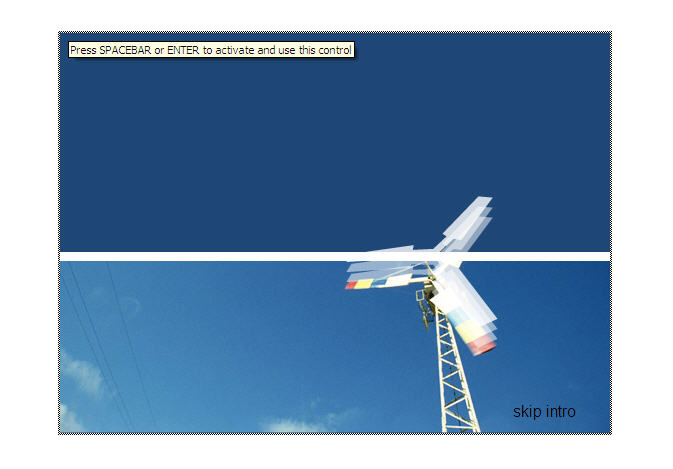 Philipp Retingshof (1 Aug â€“ 21 Sep 2006), EMI Germany Philipp Retingshof was created to promote the Enigmaâ€™s latest album â€˜A Posterioriâ€™, which was released in Germany on 22nd Sept 2006 & in other countries on 26th Sept 2006. There were ten websites and a video documentary of the ARG has been put online. 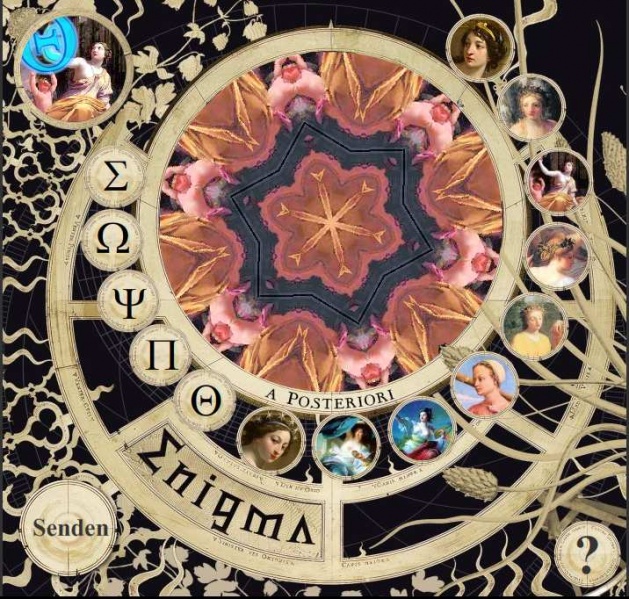 Rettet den Fussball (Save the Football) (7 May â€“ 23 June 2006), Deutsche Telekom Rettet den Fussball, the first in Germany, was sponsored by Deutsche Telekom for the student creators who won a â€˜Best Brainsâ€™ Award. There were fifteen websites and a PM-created forum (MÃ¶ller, 2008). The full trail and guide is at ARG Reporter. Source: MÃ¶ller, Patrick (2008) â€˜Re: Worldwide ARG Researchâ€™, personal email to Christy Dena, 24th March.

Robin sucht Lena (30 May -22 Aug 2007), RTL (German Television Broadcaster) Robin sucht Lena ran for 13 weeks. It was commissioned by RTL (German Television Broadcaster) to extend the TV soap. There are three main characters, whose past the player can delve into. One of the characters, Shadow, took over the main blog at one point. The main site of the two, robinsucht.wordpress.com, had over 400,000 hits. It was created by Manuel Meimberg (MÃ¶ller, 2008). 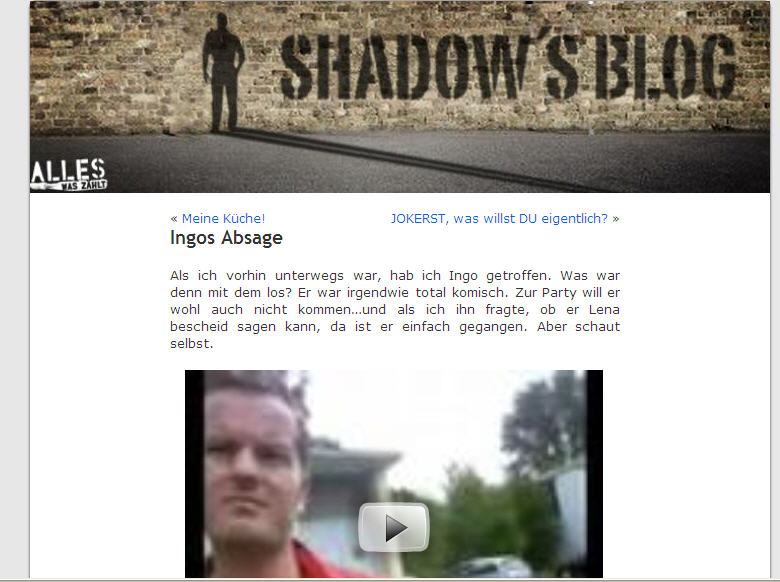 NETHERLANDS
The Netherlands has a long history with the Nokia Games. Besides the Nokia Games, there are some professional and independent ARGs emerging and at least one blog dedicated to ARGs: Dutch-ARG.blogspot.com.

Onshuldig
The forum for this ARG began on the 8th of December. There is a character Thomas who needs help and it appears to still be running. Main site at: www.onschuldig.com, ingame forum, with videos on YouTube.

Cuypers Code
Cuypers Code was launched in November 2007 and seems to have a few sponsors, but due to the use of Flash I am unable to translate the site. There is a PM-created forum too: http://forum.res-nova.nl/fora/. Main site:Â  http://www.cuyperscode.com/

They Are Here I (T.A.H.) (June 2007), NBC Universal
They Are Here was commissioned by NBC Universal to launch two new 24/7 genre channels: Sci Fi Channel and 13th Street. A description of the game by the designers, Cultural Oil, is online. [Screenshot of: www.theyarehere.nl]

They Are Here II (T.A.H.) (28-29 Sept 2007), independent
This isnâ€™t a full-blown ARG, but it continues the storyworld of the first T.A.H. ARG. It is an independent mini-game, developed for playing at PICNIC 2007. Info of the game at PICNIC event is here: http://www.picnicnetwork.org/artefact-8513-en.html. A description of the game by the designers, Cultural Oil, is online.

The pregame began in November 2006 and then the missions started in May 2007 and continued until November 2007. SoM was commissioned by Swedish Television (SVT) to augment a television series of the same name. It involved the TV series, a fictional television studio debate held after every episode, video blogs, chats, forums, the online virtual world Project Entropia, a mobile augmented reality game, websites, blogs and real world events. SoM was created by The Company P, an experienced pervasive game design company. According to a forthcoming report from IPerG, â€˜the story line was a direct descendant to the two IPerG productions â€˜Prosopopeia Bardo I: DÃ¤r vi fÃ¶llâ€™ (Jonsson et al 2006, Jonsson and Montola 2006) and â€˜Prosopopeia II: Momentumâ€™ (Jonsson, Montola et al 2007; Stenros, Montola et al 2007).â€™ Thousands played, but there were approximately 500 hardcore players.

Further info and corrections provided by Petter Karlsson (2009) ‘Regarding The Truth About Marika’, personal email to Christy Dena, 14th May.

ARG COMMUNITIES AROUND THE WORLD