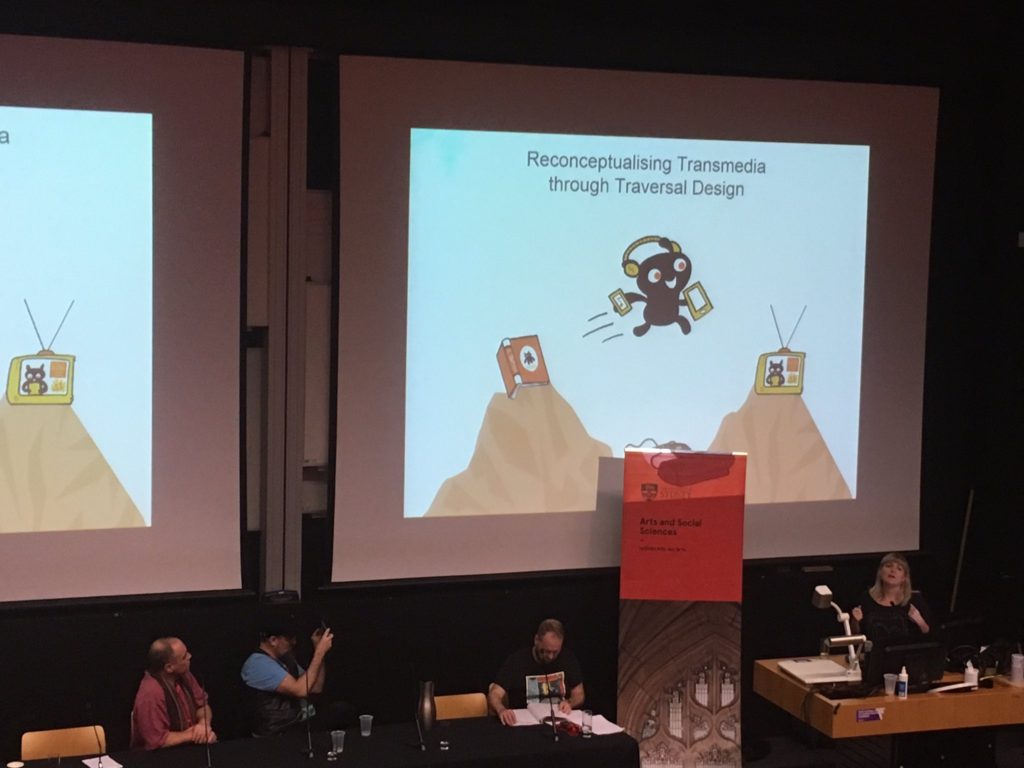 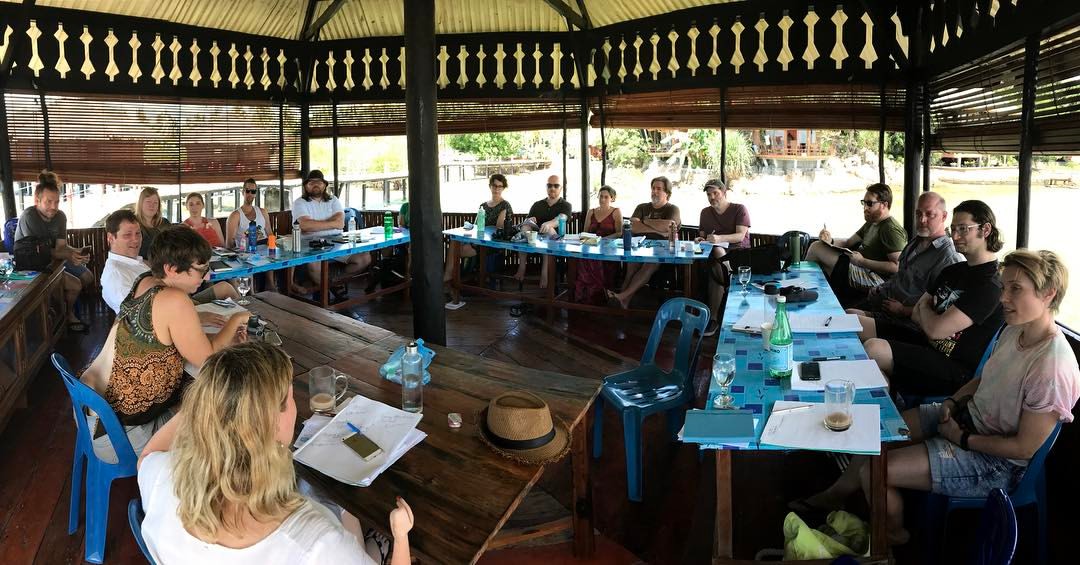 [Playtest of a game we made over dinner in Singapore, F/S, photo by Simon Staffans] 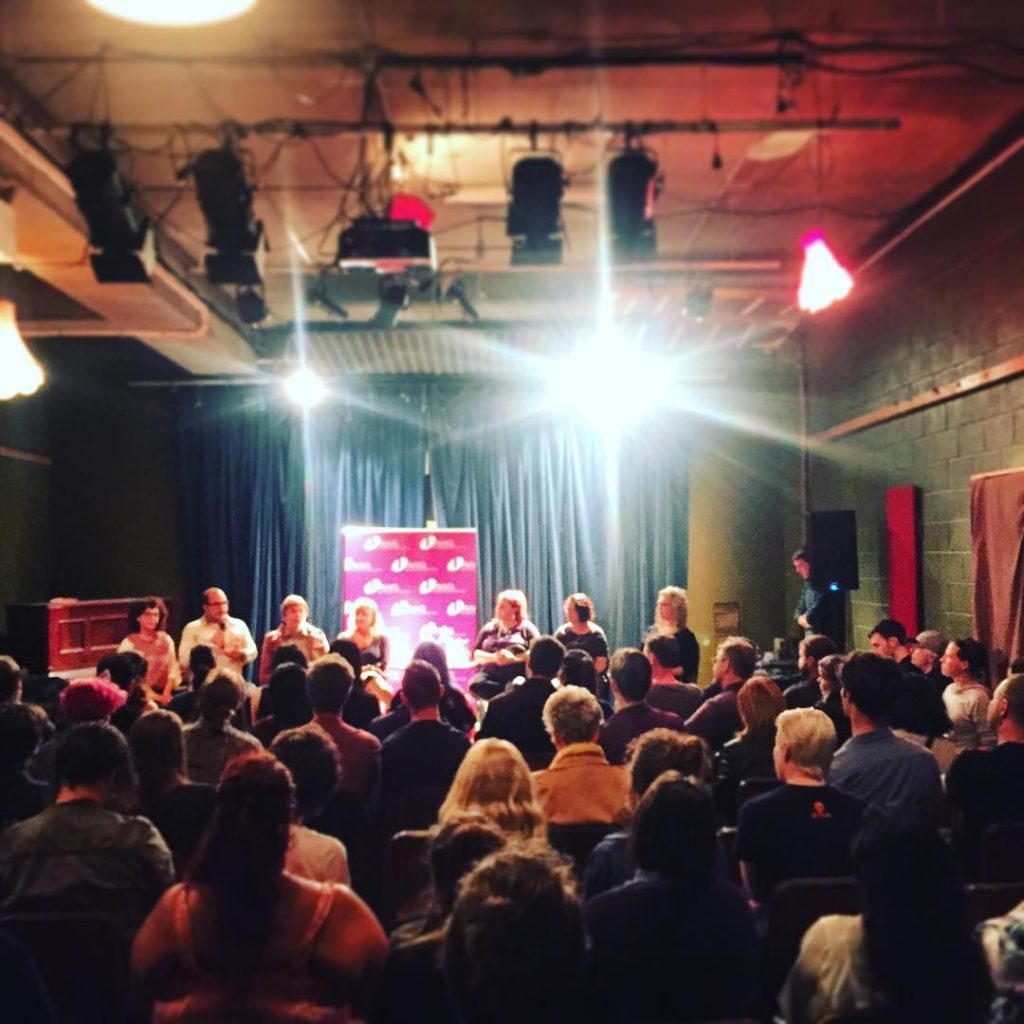 (Photo of the sold out Write Night panel, AWG, by Olga Nowicka) 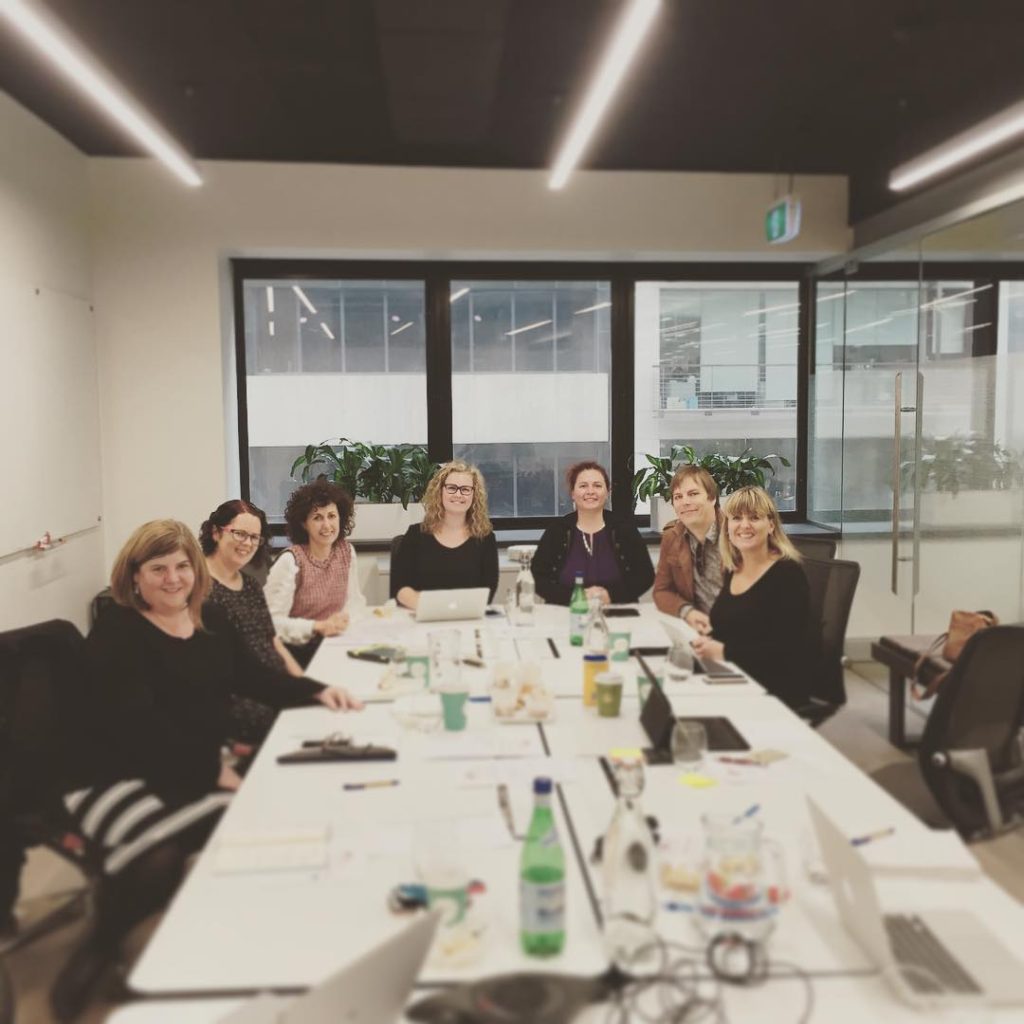 (Photo of the Games & Interactive Committee at the AWG Headquarters, photo by Olga Nowicka) 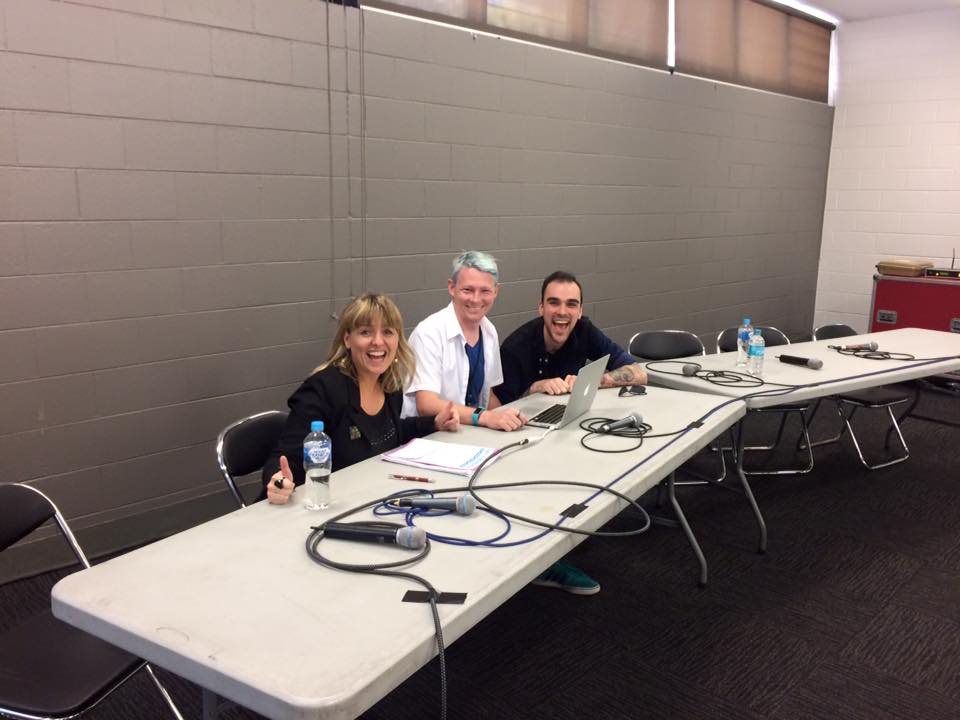 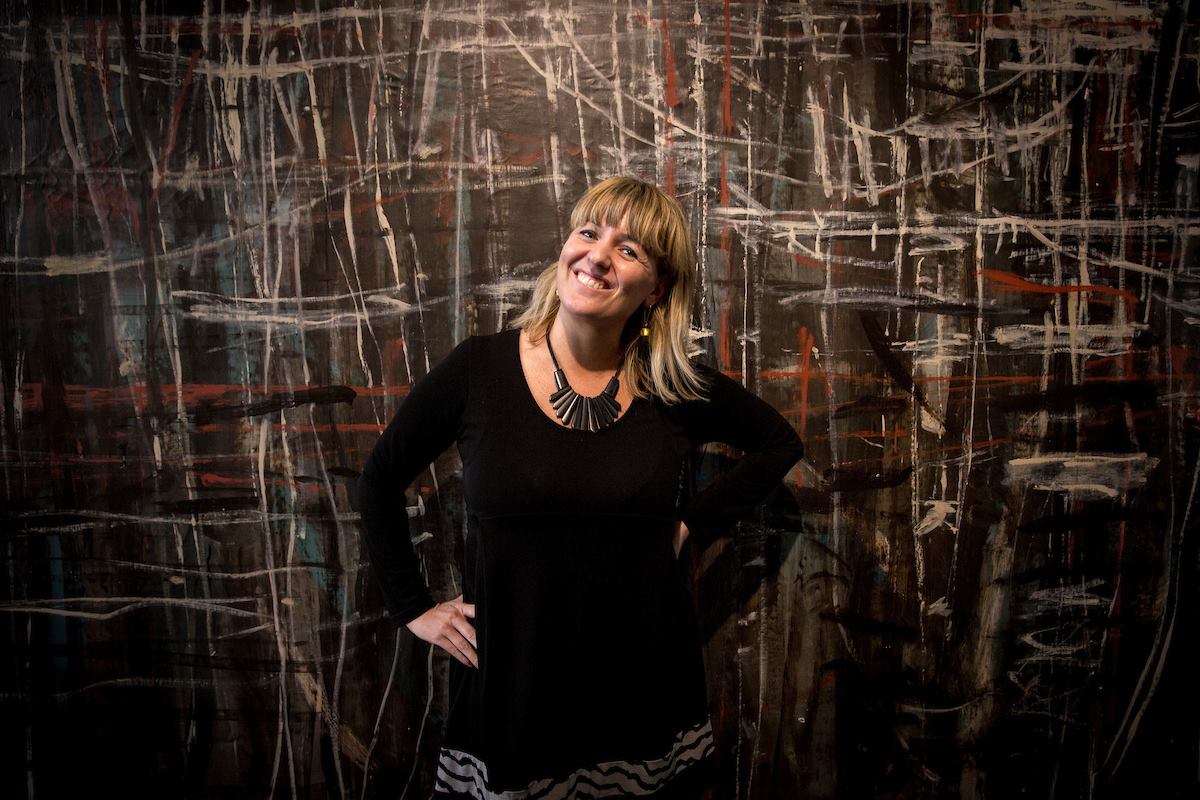 (Photo of Christy at Emergence, by Martine Perret) 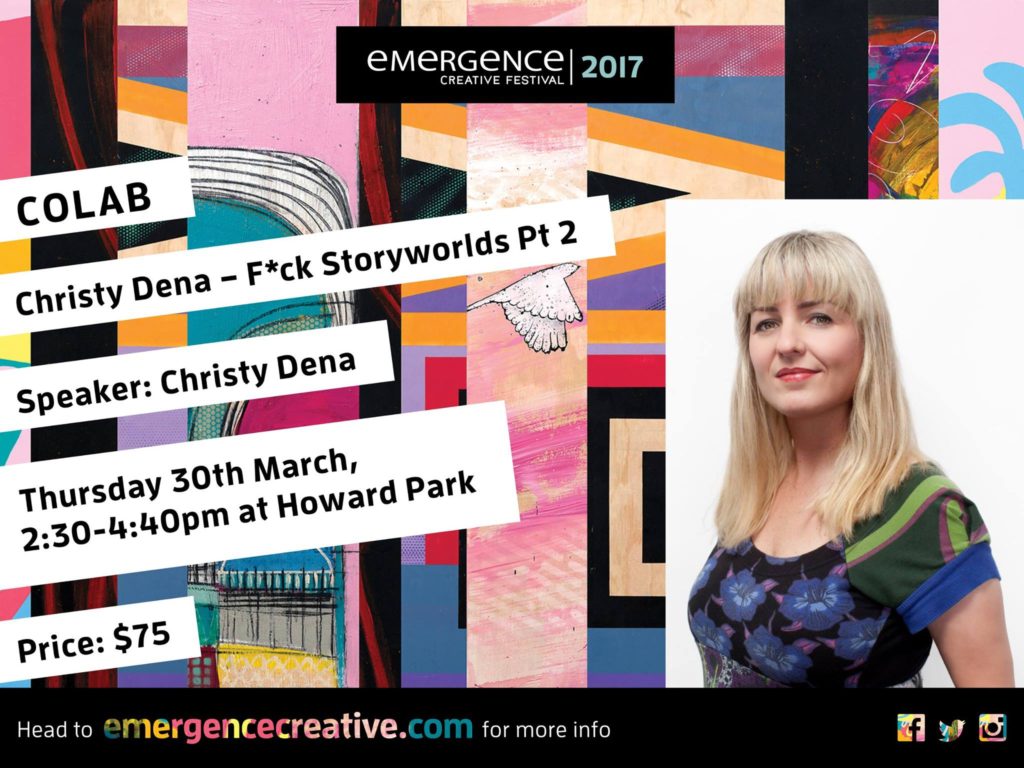 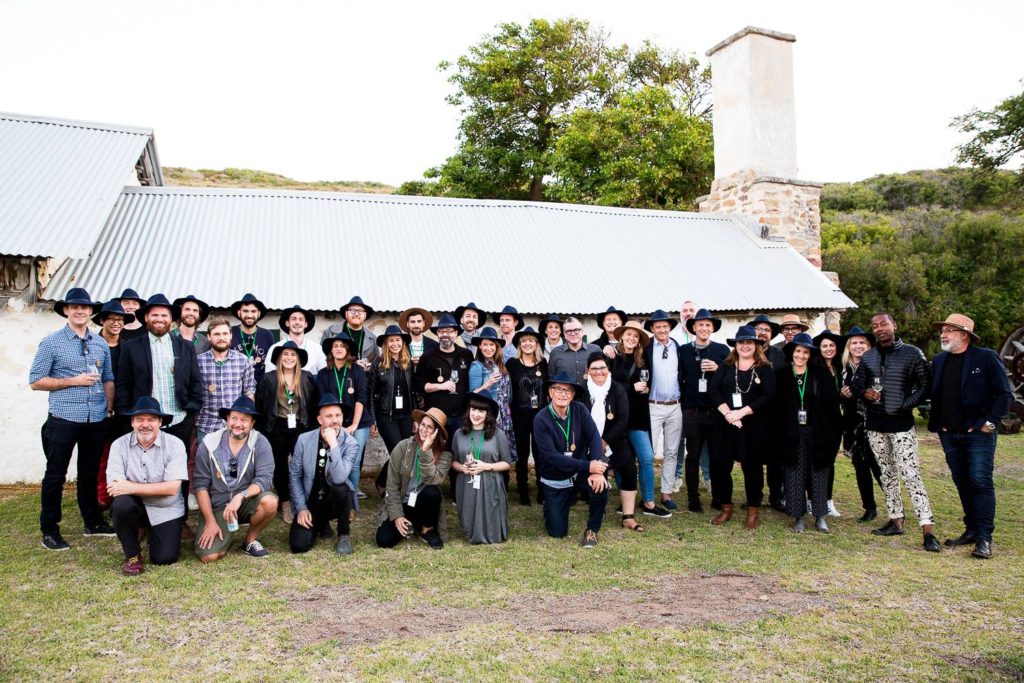 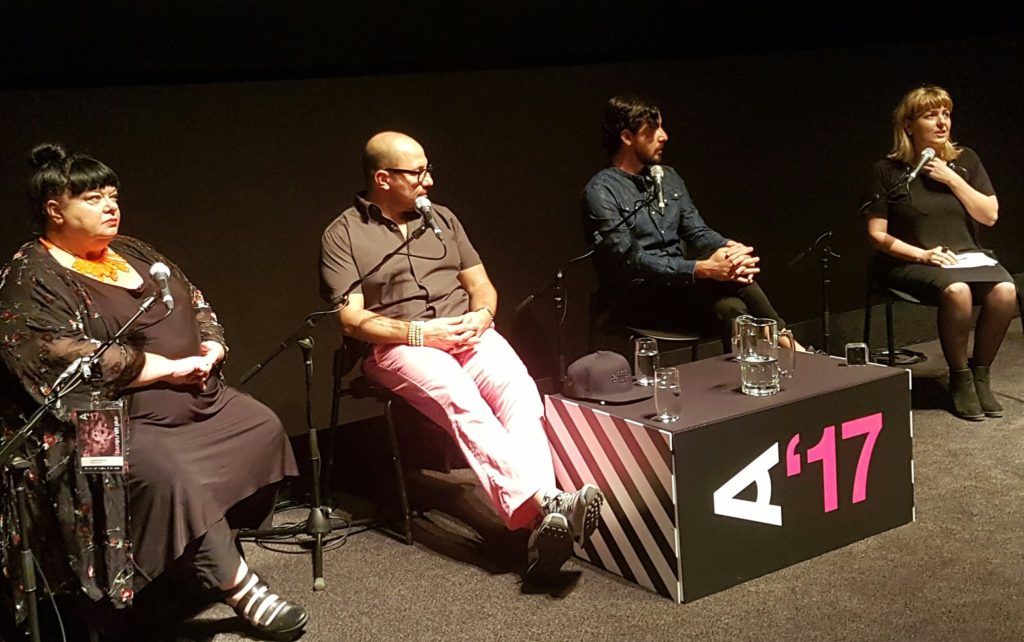 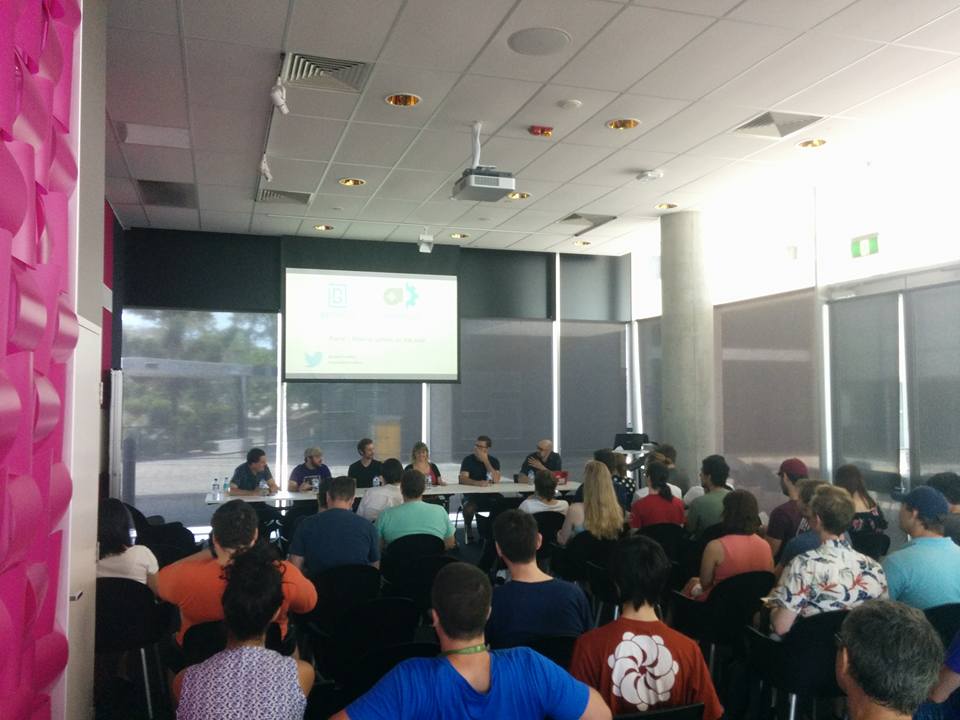 [Making Games on the Side panel, photo by Ashley Davis] 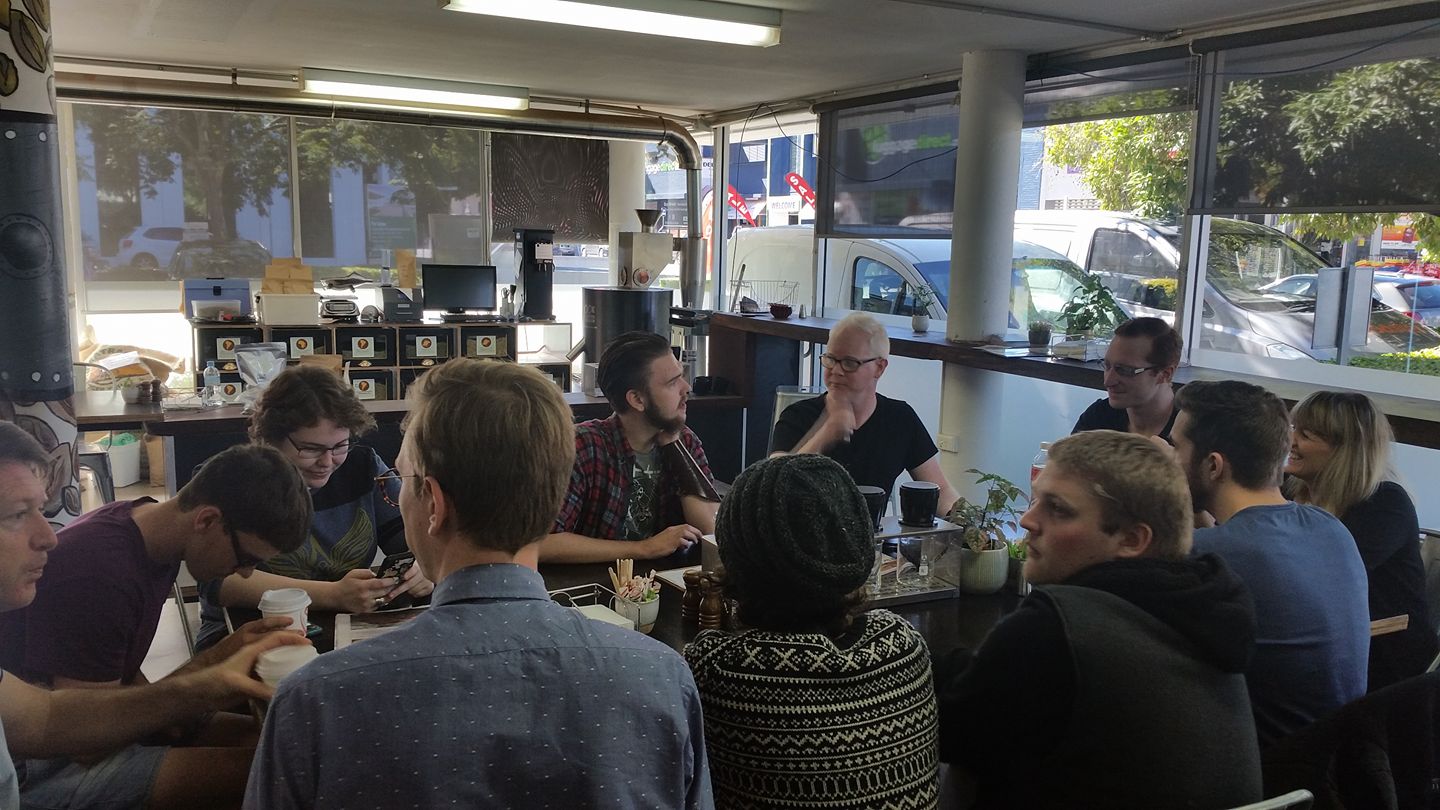 (Photo of students at the local cafe with Dan Vogt and Zander Hulme, photo by Joshua Bidwell) 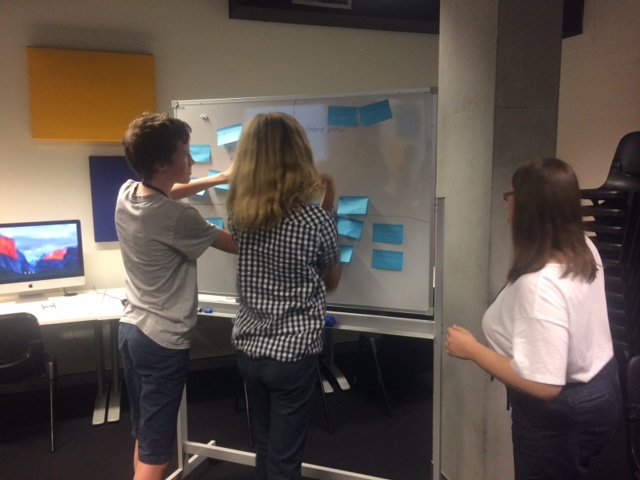 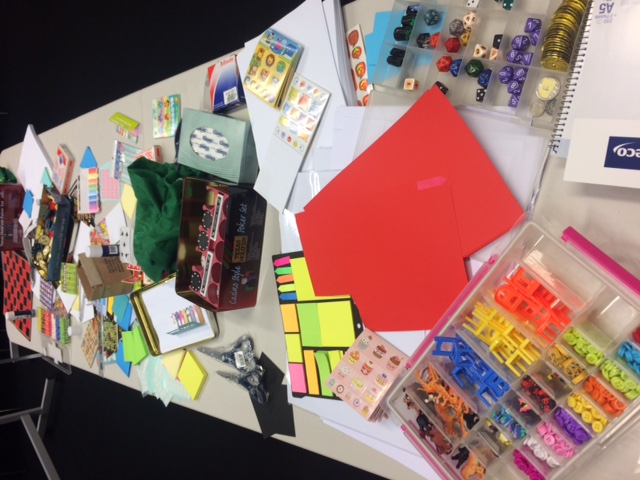 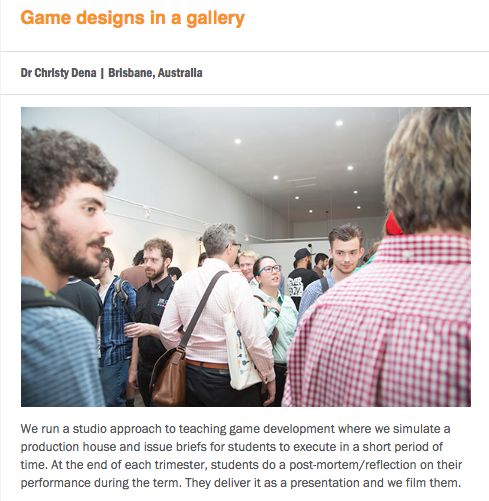 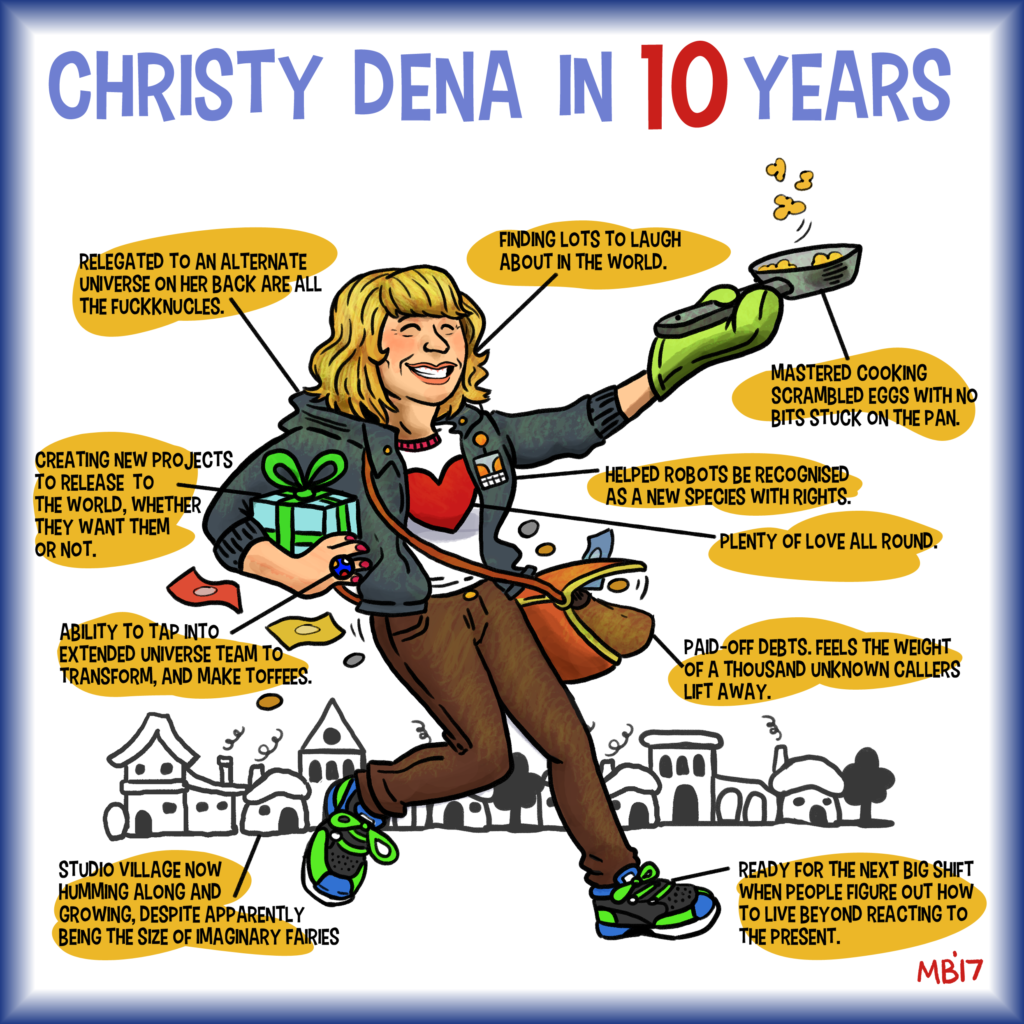 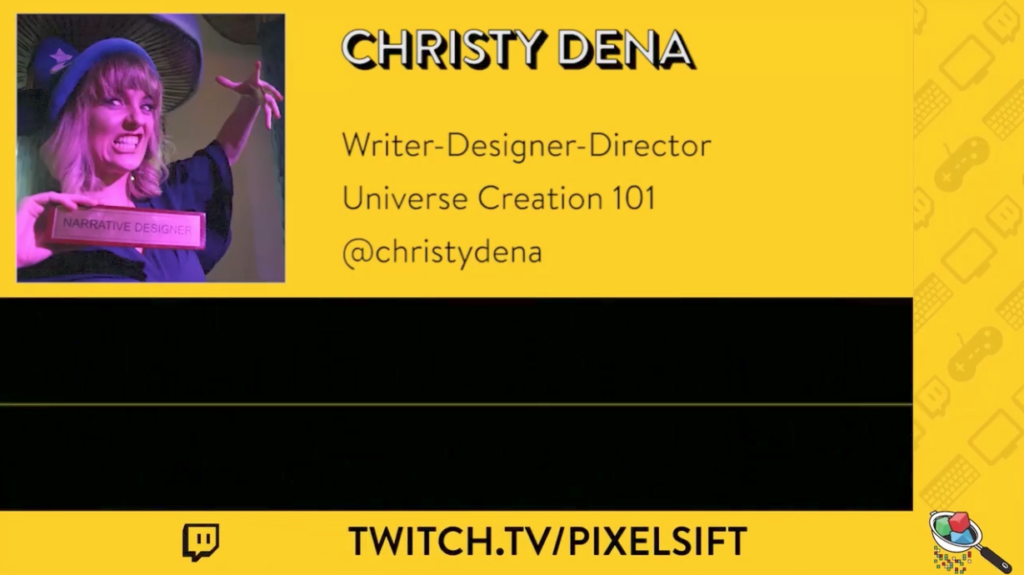 Summary of events, releases, press, teaching, awards, etc for 2016 – with videos and photos 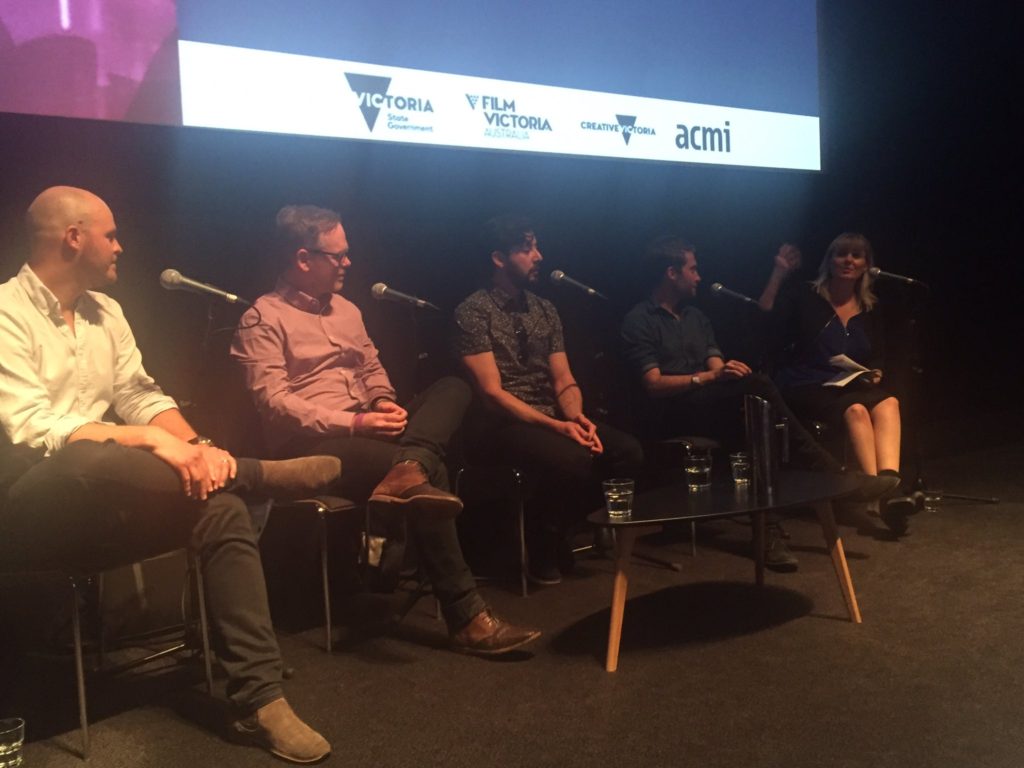 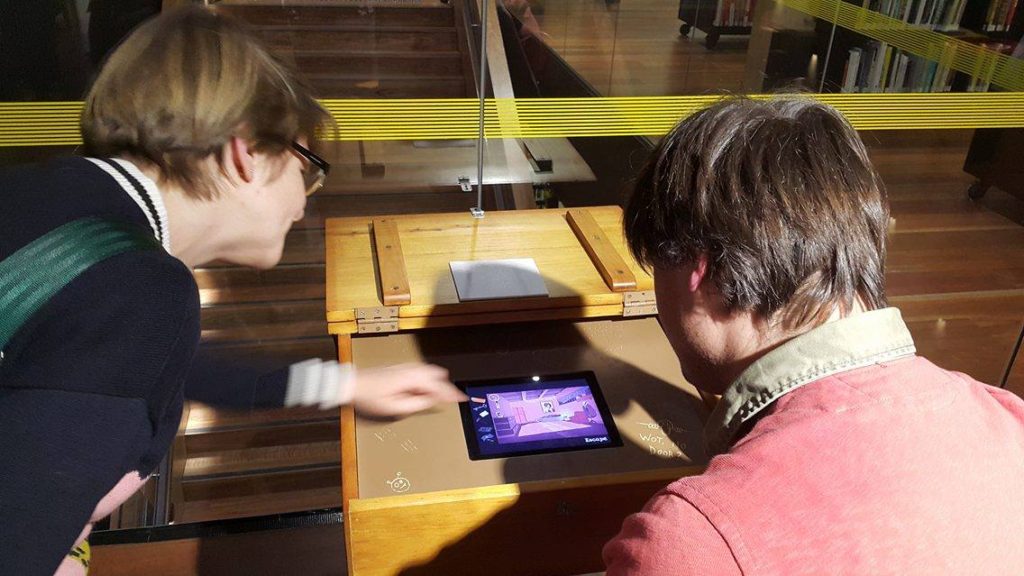 [Magister Ludi being exhibited at the Contours opening] 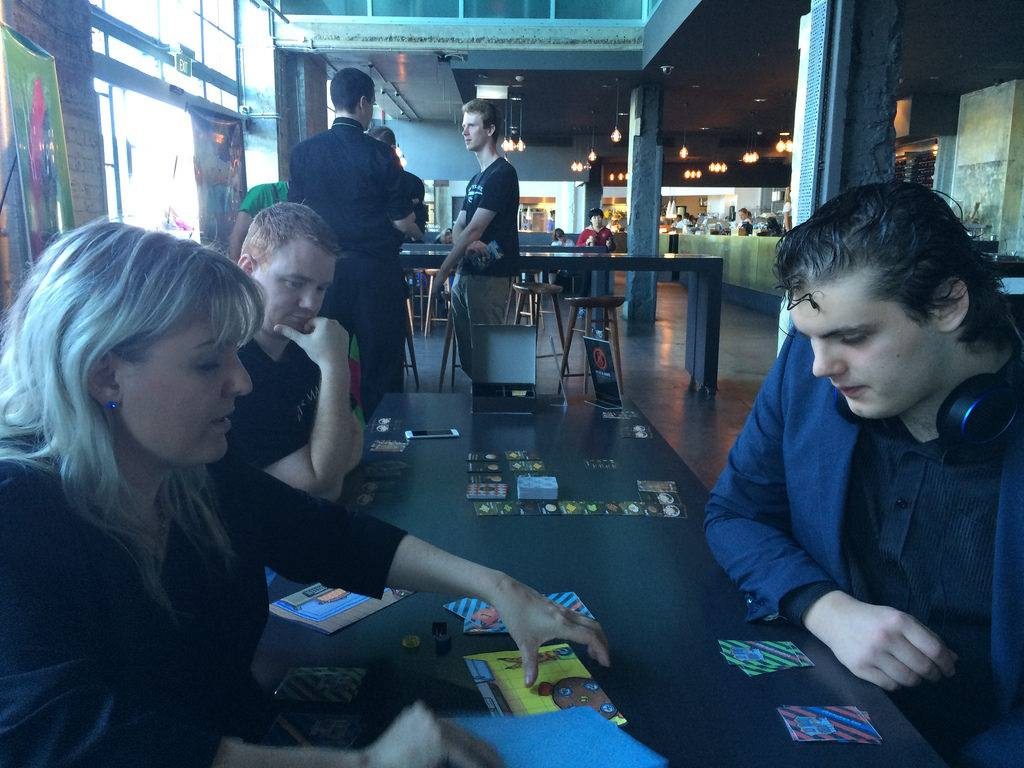 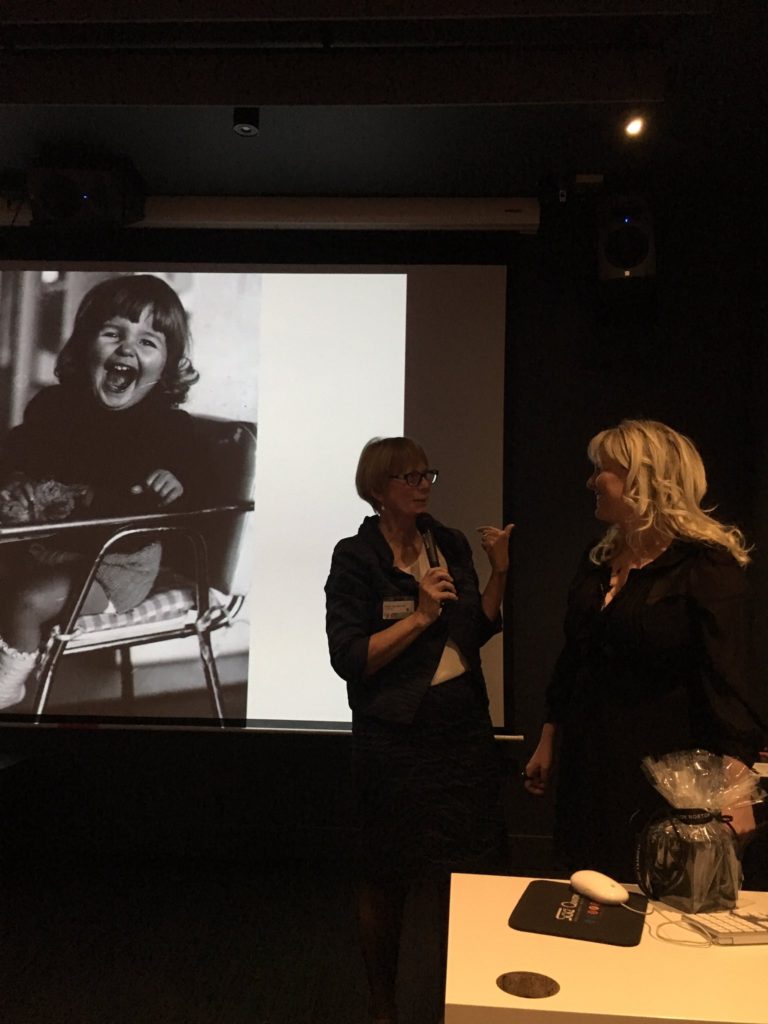 [Photo of host Helen Zimmerman (Head of Corporate Affairs at Navitas) thanking me at the end of the talk, by Kali Taylor] 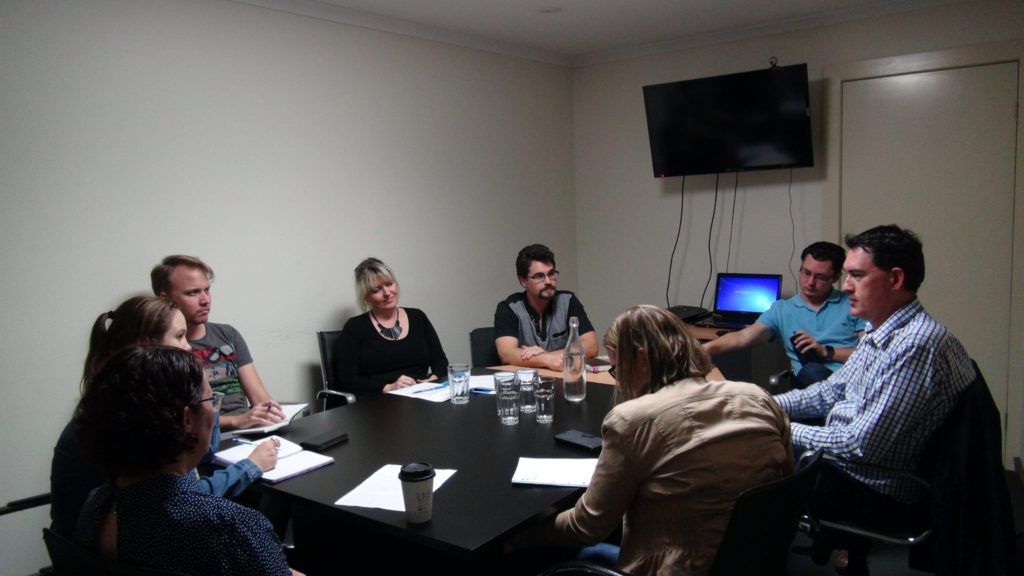 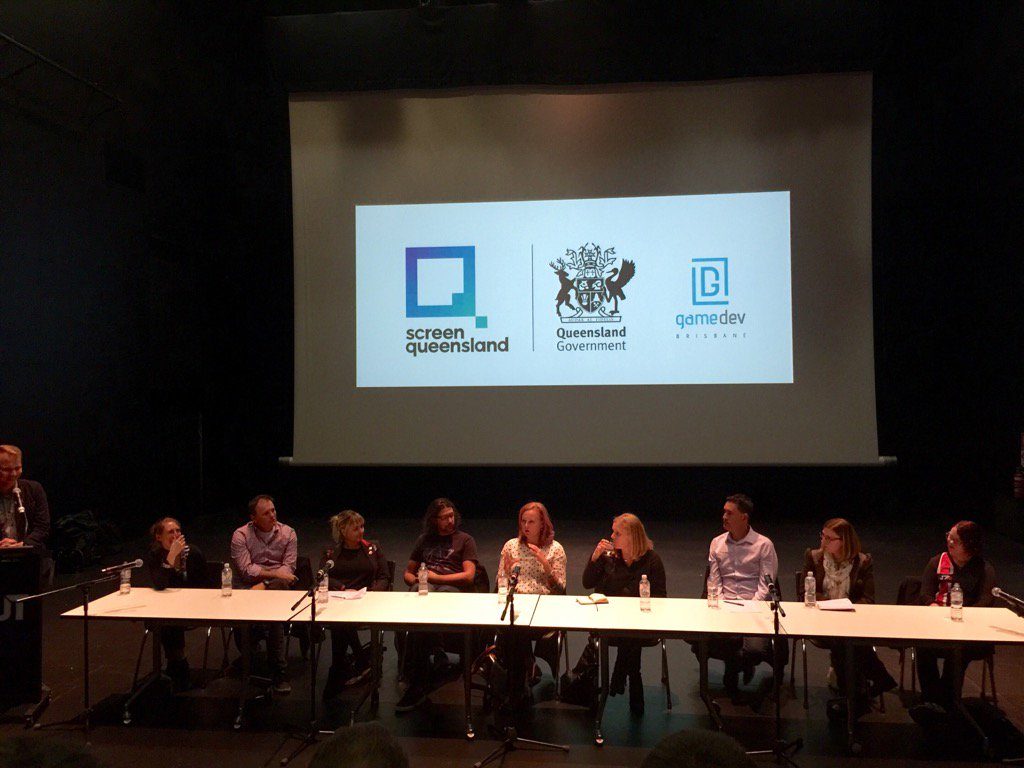 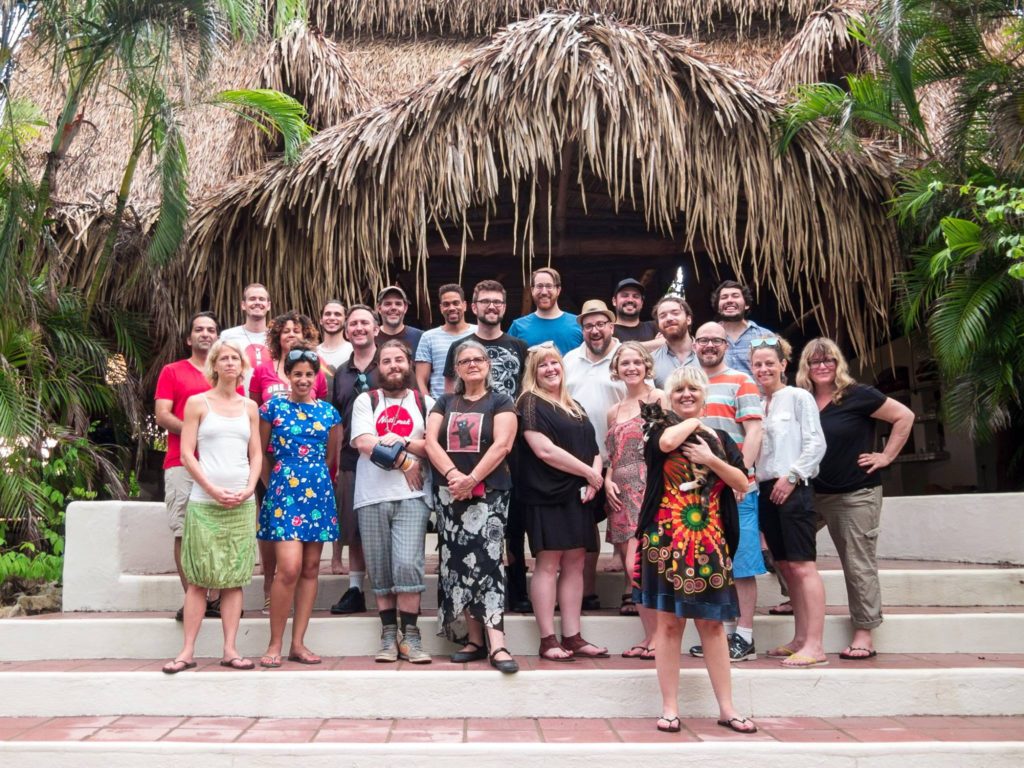 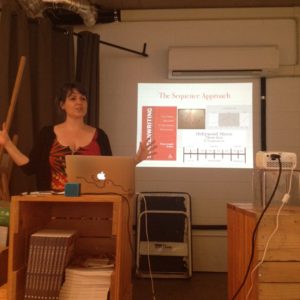 (I’m at the 6min mark, but check out Dr Rebecca Giblin’s great introduction) 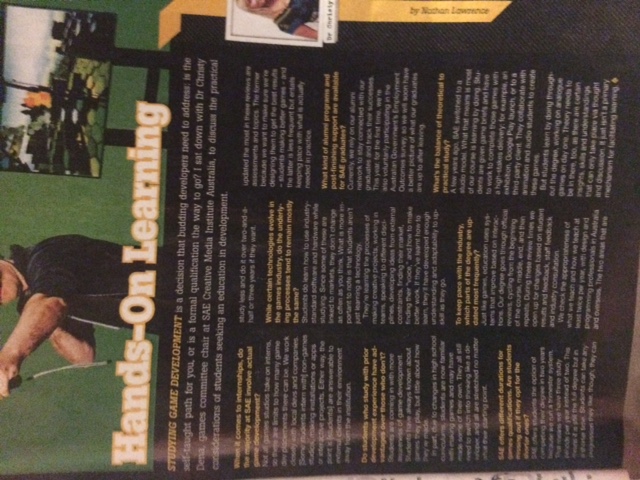 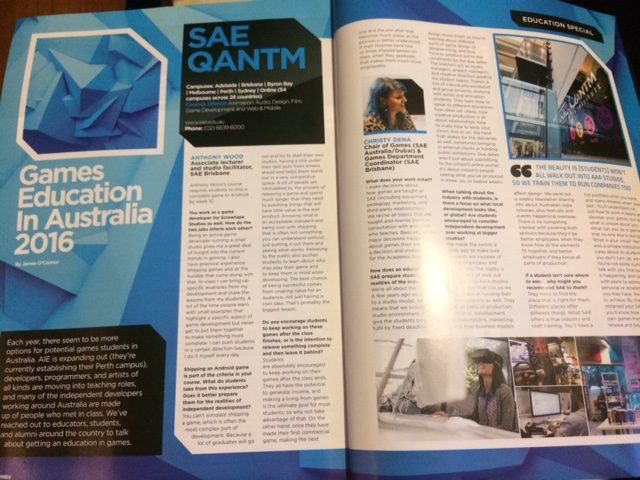 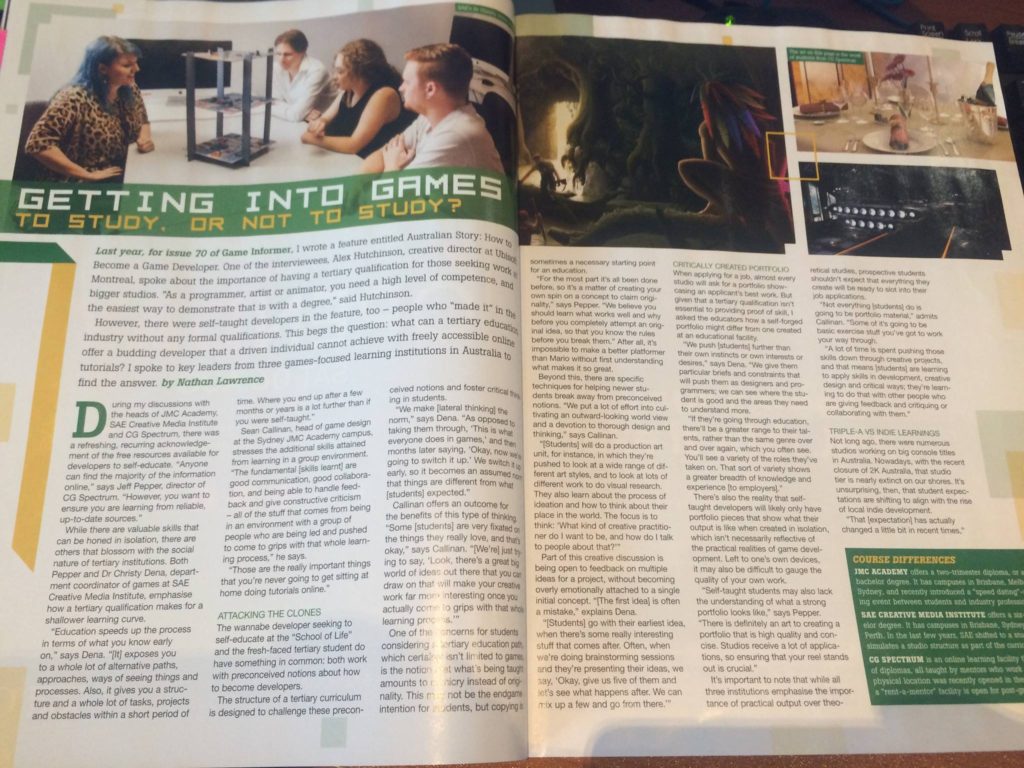 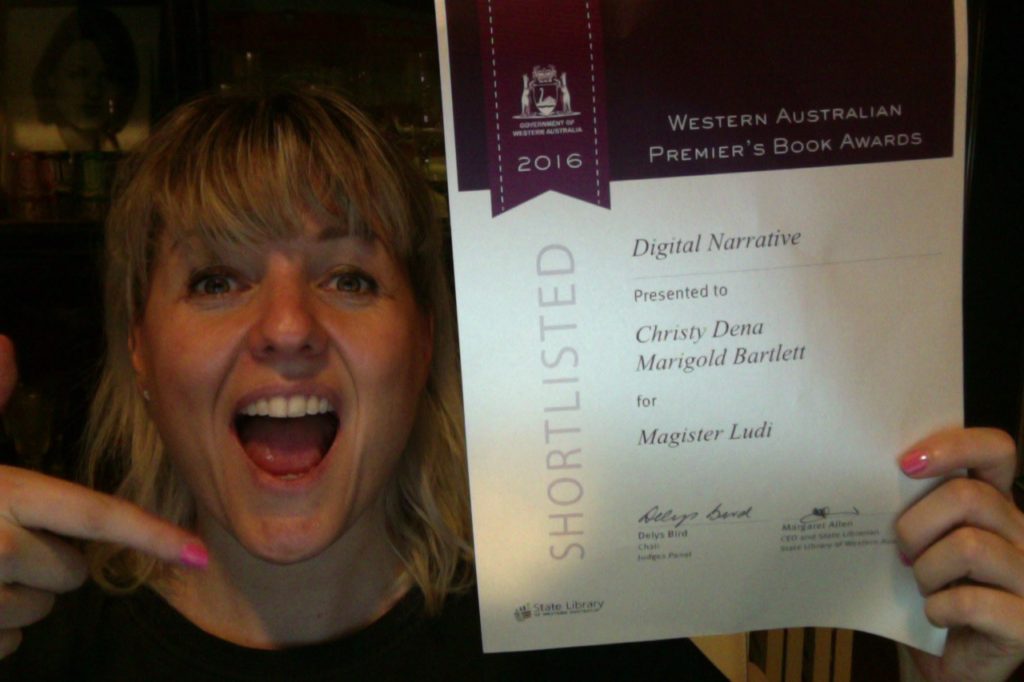 “This narrative game has a novel interface, which is particularly well-designed for use through a tablet. The mode of interaction is simple, but the choices to be made ask the reader to consider how the game might work, with unexpected responses being the most successful. As it develops through the reader’s interactions, the narrative questions traditional ways to view education and life experience and suggests new ways to think.” 2016 Judge’s Report, WA Premier’s Book Awards.

On the weekend I had a great time being on a panel for the Freeplay Independent Games Festival.  Along with ace designers Kate Raynes-Goldie and Holly Gramazio, we spoke about “Games with Invisible Buttons” and it is now archived online:

Three designers whose work straddles digital and non-digital, technology, and form, discuss the relationships at work with games with invisible buttons.

At the end we quickly spoke about some of the current projects we’re working on. I mentioned two. I’ve been commissioned by the Creative Recovery Network to create a locative game with a regional town in Queensland. It involves being a location-based experience that is very low-fi, along with archiving stories of the town. To get the link between the past and the present and the need to ground players in the space, I decided to explore archiving play: how people have played in the home, school, streets, and paddocks over the generations. I’m really excited by this idea, and the design is heavily inspired by Hide & Seek’s ace Tiny Games (that Holly worked on!).

The other game I’m working on is my next original major game. It is a digital game, though I have come up with two different versions: a purely digital single-player version, and a 2 player local co-op. Both excite me, but I’m keen at this stage to explore the former as it involves more challenges for me. The premise is this: The Blind Spider and Guide Fly. It really is a character adventure, where it is all about your interactions with your ‘buddy’ and your shared foes. For the single-player version, I’m developing conversation mechanics that involve proximity, context, and combat. I’m inspired by Elan Ruskin’s 2012 GDC talk about AI-driven Dynamic Dialogue for this. One of the things I’m playing with is going with poetic voice-overs rather than realistic dialogue or emotive sounds.

One of the big things I’m doing differently with process in this project is an investment in proper development. In all my projects, I pay every person who works on the team (of course). I pay for every prototype, every iteration. Everything has a price-tag. Most people who spend their time doing indie projects either do it themselves or have a team of people who dedicate their time for free towards a common cause. But for me, I dedicate my own time for free doing the designing, writing, directing, and project management and pay everyone else. What this means is I can only afford so many iterations. I cannot afford to pay for 3 prototypes for instance. I can only afford small iterations. This has been great for learning how to produce as good as you can in as short period of time with little iteration (but also iterating a lot pre-tech and in low-fi ways). But now I want to spend the time iterating properly. How?

I don’t know. I will begin by spending as long as I can with the design and writing before I bring on the whole team. Once I bring on the team I find I spend more time doing project management than anything else. I want to give myself the time to play with design and writing for a while. But of course I need to test. There is only so much I can do in documentation, in my head, and with paper prototypes. So I’ll see what I can learn to put together in Unity myself too. Then, once I have a good starting prototype I’ll call on others and see if the project may attract some development funding… Either way, I’m really excited about spending the time refining and getting the most out of the idea.

In 2009, Jussi Kuittinen and Jussi Holopainen wrote a paper for DiGRA: ‘Some Notes on the Nature of Game Design’ [pdf]. They analysed key game design books and compared them to key design theories. In conclusion, they found the books don’t address the nature of design:

Judging from the selection of the game design literature we analysed, game design is heavily governed by the object of the design, games. Although this may seem like an overly obvious statement, it carries with itself the connotation that the activity called design, is left to too little attention. Whereas the books concentrate on teaching the reader the principles and elements of game design, at the same time they leave aspects of design activity such as representing, moving and reflecting to little consideration.

This is why I am excited by Tynan Sylvester’s book. Designing Games: A Guide to Engineering Experiences talks about (among other things) the psychology of making games. How you think as a game designer? He also does some welcome busting of a few game design memes. Other books that look at the ‘why’ that I love include The Kobold Press Guide to Board Games, and Bernard De Koven’s The Well-played Game: A Player’s Philosophy. I do love many game design books out there (I especially love collections of mechanics), but there has been a need for this kind of approach and I’m glad I’m stumbling on more them. Do you have others in this ilk?